If you are a gaming buff, you would instantly recognize the phrase “cheat codes” and may also have used them to impress your fellow gamers. A lot of youngsters these days are addicted to gaming and access to smart devices and high-speed connectivity has transformed gaming into a serious business. This is accompanied by the emergence of competitive gaming platforms like Roblox which has gained immense popularity in recent years. Users can play as well as develop their own games in Roblox to showcase their skills in front of a global audience. Today, we are going to talk about Roblox script executor KRNL which is designed to help gamers excel at their favorite games by using smart hacks.

You may think that using cheat codes or hacks is not a very smart thing to do. However, that is only till you didn’t take a closer look at Roblox exploits. There is a fundamental difference between typical cheat codes built within the game and hacks activated via script executors. We will try to explain it a little on this page for the benefit of our readers. However, before we get to that part, you need to understand what is a script executor and how it functions. So, let’s get started. 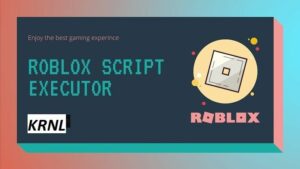 So, what is a script executor and what is its role as a game exploit. Basically, a script executor is designed to handle complex scripts designed with a view to exploiting the weaknesses of an existing gaming script. In principle, no script is programmed to perfection and keeping that in mind, professionals work on developing scripts that take advantage of any weaknesses inherent in the script.

You might ask what these scripts are meant to achieve by exploiting vulnerabilities in the game script? Well, these scripts can be executed and used as hacks or cheats in a game to gain a wide range of complex advantages for a user. Roblox exploits are script executors which help inject scripts into the game and can work as hacks.

So, in simple words, Roblox exploits enable these scripts to work as hacks and let users gain in-game benefits with their help. There are a number of scripts available to use in a variety of Roblox games. A user needs to choose which game he wants to hack and then use an appropriate hack to unlock specific powers or unique abilities.

Next comes the question of how any Roblox script executor is different from typical cheat codes? Let’s take a look at it. 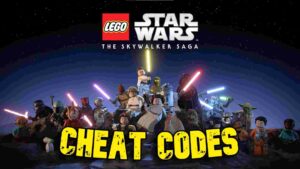 1. How Do They Interact With Game Programming?

On the other hand, game exploits and scripts are developed externally and are intended to modify game variables in very different ways. Though the purpose remains the same, to allow users to gain specific powers or activate certain abilities for gaming purposes. One important difference here is that these modifications were not a part of the original programming.

Further, in-built cheat codes can be inserted rather easily through in-game tools and can work very efficiently. There is very little risk of gameplay crashing or other issues arising out of such use. Conventional cheat codes pose relatively little risk in terms of stability and tend to not slow down or affect game performance. You can activate these cheats by typing certain special words. Alternatively, some cheats are activated by pressing several keys in a pre-designed sequence.

Use of external scripts, however, requires a complex level of execution. In some ways, it is akin to reprogramming the original script in a minor way or tweaking it a little to achieve desired results. As we have already said, this is achieved by exploiting in-built weaknesses in the gaming script which is then used to insert scripts to achieve desired results for gamers.

In addition, it does not guarantee smooth functioning of the game on activating any hacks. Often, these exploits are poorly designed and end up creating even more difficulties for gamers. This is especially true of stability in terms of game performance. Exploits could create unintended lags and result in freezing or crashing of the game.

Most often, conventional cheat codes for any game can be found easily and do not require you to pay anything nor require any special tools.

You can find most of the scripts used for hacks for free of cost. However, to inject these scripts in a game environment requires complex tools. These tools are known as script executors. Not all script executors are available for free. You can find a lot of Roblox exploits which come with a paid premium version. You can access a number of advanced features with paid versions. However, it has little to do with their efficiency as a tool. 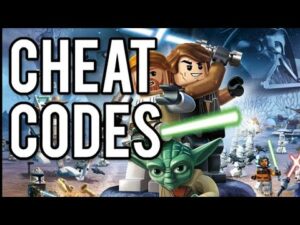 Conventional cheat codes can rely upon most of the time when it comes to the question of safety. There is little to be feared for the safety of your device or data while using typical cheat codes in a game.

As you might have guessed, it is a different story altogether with Roblox exploits. A number of these exploits contain malware and threaten your PC in a variety of ways. If you are not sure of the credibility of an exploit, it is best to avoid it completely instead of exposing your system to unknown threats. First of all, you would need to disable your antivirus and/or create an exception in the firewall for these tools to work. This is because antivirus software tends to identify these tools as potential threats and malware.

Now you must have understood the difference between cheat codes and Roblox exploits. Cheat codes are commonly used in a number of games to gain some kind of advantage whereas special cheats and hacks activated by Roblox exploits use script executors to do that.

Naturally, you might wonder if there are so many Roblox exploits, which is the best one. We will argue the case for KRNL here and tell you why we think it is one of the best Roblox exploits available. Let’s take a look at the performance of KRNL in relation to the factors we have discussed above. 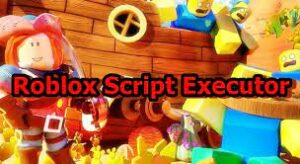 How Does KRNL Exploit Perform on Above Criteria?

KRNL is a Roblox script executor of its own kind and no wonder it fairs far better than most other Roblox exploits. Find out more details below.

KRNL ensures a great deal of stability in script execution and is highly efficient with a very low incidence of errors or crashing or freezing during gameplay. This usually results due to a faulty script execution but KRNL stands apart in this sense. It scores well in terms of efficiency and is considered a reliable tool by pro gamers.

KRNL is a completely safe tool and unlike other tools that install malware on your device. Most of these tools lead to lowered performance and tend to compromise the security of your PC. On the other hand, KRNL is a completely safe option with no such negative impact on your system health. You do not need to worry about exposing your PC to malware or other potential risks.

It is for Free

It is a completely free tool and can handle several complex scripts with little impact on its level of efficiency. No doubt there are a number of Roblox exploits available online for no cost or ones that offer access to a premium version at a minimal cost. However, KRNL emerges as arguably the best free Roblox script executor when compared with most other free as well as paid tools.

Based on these observations, you can arrive at your own conclusions about KRNL and its efficacy. We will let you decide for yourself if KRNL is indeed the best Roblox exploit or not.

As they say, the proof of the pudding lies in its eating, so you would not be able to make a realistic assessment without actually trying out KRNL. Hence, next we move to the part where we will discuss how to download KRNL

You can easily download KRNL on almost any device without any hiccups. Just follow the steps outlined below

You should keep in mind that once you have activated the file, you are ready to use the Roblox exploit. Now, you can open the executable file and enter the credentials for Roblox, select which game you are looking to hack. You also need to choose the specific hack that you want to use.

You need to follow the same process on Mac but for activation, you can use TamperMonkey which is a browser extension. It helps auto-generate keys to complete the activation process. You can also use Universal Bypass which is another effective tool to circumvent key-based activation on Mac.

After you have downloaded the Roblox exploit, it is time to get down to business and hack Roblox games. To do this, it would be helpful to know some of the useful features of this Roblox exploit. Let’s find out.

Can using KRNL get you banned in the Roblox gaming community?

Yes. Roblox exploits are not allowed by the platform because they are basically meant to bring undue advantage to the user which is not considered fair play.

Are there any safety issues with KRNL as a Roblox exploit?

There are no major safety issues with KRNL and it’s a completely safe tool to hack Roblox games. However, you still may need to disable the firewall or antivirus on your PC to install this Roblox exploit.

Yes. KRNL is compatible with all these platforms and functions well on PC, Mac or Android devices. A wide range of device compatibility adds to its utility for the average user.